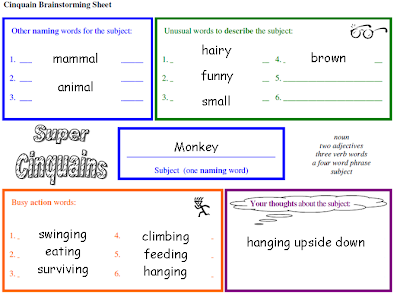 We then had to make a rough draft using the best words from our plan. It had to include two of the adjectives, three of the verbs, the phrase and finally one the other words for our animal. 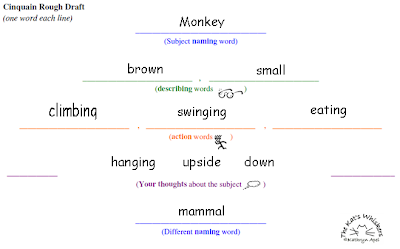 The end poem was then typed out. Here is the final version of Kevin's first attempt at a cinquain poem. We will add some more soon. 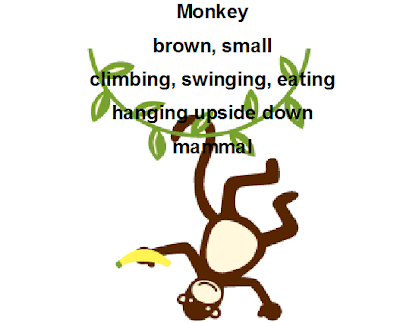 I like how you said that the monkey was hanging upside down Kevin.

Click the picture to see work from last year!